Mao Mao: Heroes of Pure Heart Wiki
Register
Don't have an account?
Sign In
Advertisement
in: Article stubs, A to Z
English

View source
watch 01:36
We're Getting Mutants in the MCU - The Loop
Do you like this video?
Play Sound 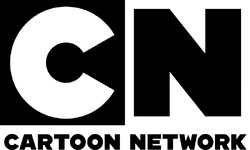 Cartoon Network (often abbreviated to CN) is an American-based cable and satellite television channel that is owned by the Turner Broadcasting System division of AT&T's WarnerMedia. It was launched October 1, 1992 by Betty Cohen and was made as a children's animation network, aimed primarily at children and teens between the ages of 7 to 16 years old.

The channel airs Mao Mao: Heroes of Pure Heart, a series which premiered on July 1, 2019.