Mao Mao: Heroes of Pure Heart Wiki
Register
Don't have an account?
Sign In
Advertisement
in: Article stubs, Characters, A to Z,
and 4 more
English

Adorabat (only in "Zing Your Heart Out")

Chester Nutz is a porcupine inhabitant of Pure Heart Valley.

Chester is a tan porcupine with poofy brown quills on the top of his head. He has a pointy triangular snout tipped with a brown nose, and a single tooth hanging out of his mouth. He has a brown heart on his stomach and a short, brown, pointy tail.

Chester is playful and fun-loving, but often comes off as an impertinent jerk who puts his own amusement over the feelings of others. When being confronted, however, he can become fearful and cowardly. 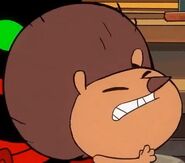 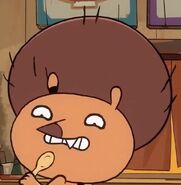 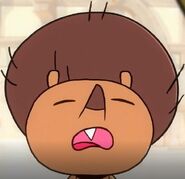