Mao Mao: Heroes of Pure Heart Wiki
Register
Don't have an account?
Sign In
Advertisement
in: Characters, A to Z, Female Characters,
and 4 more
English

Penny is a dog inhabitant of Pure Heart Valley.

Penny is a floppy-eared pink dog with a chubby face that has freckles on each side. Around her neck is a blue collar with a round yellow tag.

Penny is nice, but doesn’t seem to be bright. As an example, she and Benny always ignore the dangers of picnicking in the middle of a road for more than once. Another example is how she takes figurative speech literally, mistaking "run the store" as running away from it.

She can be timid as well, hugging with Benny when she’s frightened.

She can become saddened easily too, such as frowning sadly after Badgerclops flat out called her unloved by Adorabat.

Although mostly amiable, Penny can be quite unfriendly to those who have offended her. 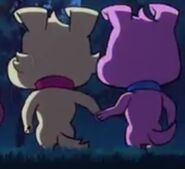 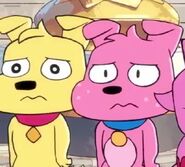 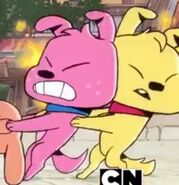 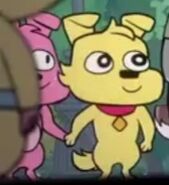 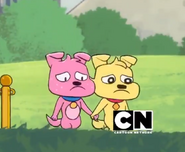