Mao Mao: Heroes of Pure Heart Wiki
Register
Don't have an account?
Sign In
Advertisement
in: Characters, A to Z, Villains,
and 3 more
English

Julian Barratt
Rufus is one of the antagonists appearing on Mao Mao: Heroes of Pure Heart. He is a scam artist who makes his debut in "Outfoxed", wherein he and his partner Reggie fabricate a holiday called "Takesgiving", in order to trick others into giving them their valuables.

Rufus is greedy and enjoys exploiting other’s trust to acquire whatever he wants.

He is also amoral and a manipulative, exhibiting no signs of guilt or remorse in his actions of conning the Sweetypies of their valuables. In fact, Rufus is willing to harm the Sweetypies and let them jump off a roof if they pay him for "flying powder." He even uses Adorabat as leverage against Mao Mao when he tries to catch Rufus.

Nonetheless, he is gullible enough to be fooled by disguises, as he divulges his plan to Mao Mao unknowingly without knowing that he is disguising himself as Adorabat. 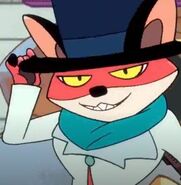 With a top hat and a smirk

Notice which hand he has used to hold the wallet? 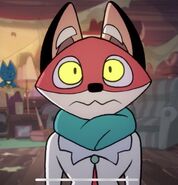 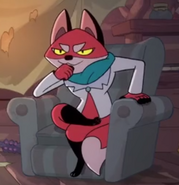 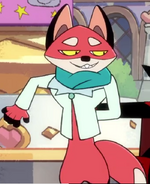 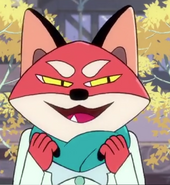 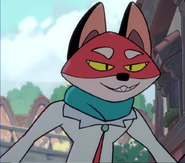 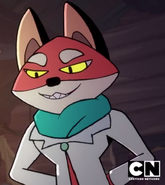 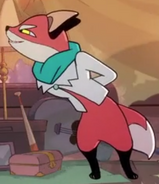 "We'll make him bend the knee." 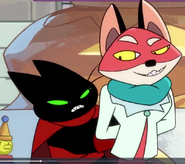 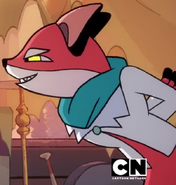 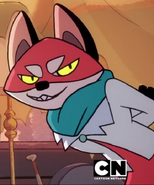 "Time to make that sheriff pay!"
Português do Brasil
Community content is available under CC-BY-SA unless otherwise noted.
Advertisement