Mao Mao: Heroes of Pure Heart Wiki
Register
Don't have an account?
Sign In
Advertisement
in: A to Z, Seasons
English

The season ran a total of 40 episodes.

Episodes 2-10 also aired on the Cartoon Network app and on video on demand in June.

The first 16 episodes were broadcasted on Cartoon Network at 6:10pm and 6:20pm every Monday until August 19, 2019. Mao Mao: Heroes of Pure Heart premieres were subsequently moved to Saturday mornings at 10:00 a.m. starting in September 2019.

Episodes 17-30 aired throughout September and October 2019, airing online before being released on television. Episode 31 ("Mao Mao's Nakey") released on the Cartoon Network app on December 13. 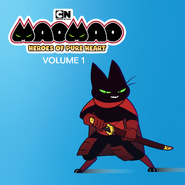 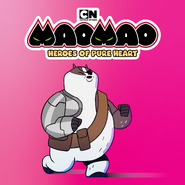