Mao Mao: Heroes of Pure Heart Wiki
Register
Don't have an account?
Sign In
Advertisement
in: Article stubs, A to Z, Characters,
and 3 more
English

The Thicket Thieves were a group of cybernetically-enhanced criminals who terrorized travelers.

In "Breakup", the Thicket Thieves attacked what they saw as a helpless traveler. However, their intended victim, Mao Mao, proved more than a match for them, and most of the group fled. Badgerclops, who had always somewhat questioned the group's methods, ended up being left behind, and joined forces with Mao Mao. 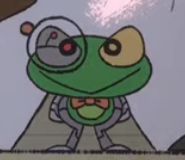 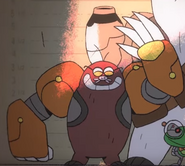